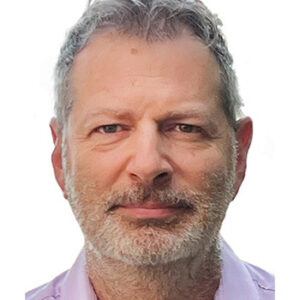 Wedgewise – The Solution for Edgewise

TRIAMOND® grew out of the realization that the methods we’ve been using for a century have multiple shortcomings. All the types of brackets in use today contain a rectangular slot making them all susceptible to unnecessary complicating side effects and necessarily require using heavier forces than are actually needed. These will prolong treatment longer than necessary because there are more stages of treatment and a ladder of arch wires needs to be climbed.

The TRIAMOND® System is a new category of treatment which solves all these problems using a unique triangular slot geometry and a complementary light-wire system (ie. less force), enabling a more predictable flow of treatment with only two sets of arch wires. This system is not only more intuitive, it eliminates the things that slow treatment which are built into the older methods. Therefore, treatment duration happens in significantly less time than any of the current methods.

The simple “1,2” protocol of the TRIAMOND® System will be described together with evidence-based research to verify its advantages. This will also be demonstrated with clinical cases and comparisons to older methods will be made.

The biomechanics of the Triamond® System highlighting the differences between the TRIAMOND® System and all Edgewise methods (everything else), will be described. In addition, practical clinical information to treat any and all malocclusions will be described. These topics will be explained using clinical cases to differentiate the TRIAMOND® System as a new category and a step forward for orthodontics.

The Wedgewise technique used in the TRIAMOND® system have both reset the standard in orthodontics. Most likely this would have been Dr. Edward H. Angle’s next invention.

Dr. Moshe Davidovitch earned his BA in Biology from The University of Pennsylvania (Philadelphia, Pennsylvania), his DDS from The Ohio State University (Columbus, Ohio), and his MMSc and Certificate in Orthodontics from Harvard University (Boston, Massachusetts). His research interests are biomechanics, biology of tooth movement, clinical treatment effects and technological applications in orthodontics. He has published numerous articles and text book chapters related to these topics.

He is currently the Chairman of the Department of Orthodontics at the Maurice and Gabriella Goldschlager School of Dental Medicine at Tel Aviv University (Tel Aviv, Israel). He also maintains an active private practice limited to orthodontics.

Dr. Moshe Davidovitch is the inventor of the Wedgewise technique and co-developer of the TRIAMOND® system together with M&R Innovations and Adenta.