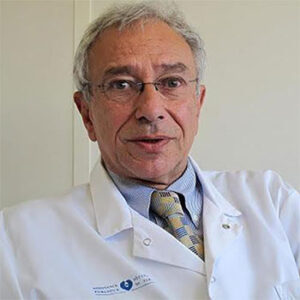 Rehabilitation of deglutition and nasal breathing by anoetic network, the underpinning principles of myofunctional therapy in practice

Evaluation of the effectiveness of an anoetic network protocol for rehabilitation of swallowing and nasal breathing. STUDY. The swallowing re-education protocol lasted 10 weeks and involved a passive neuromuscular rehabilitation device: Froggymouth, 15 minutes per day in front of a TV. It modifies the patient’s proprioceptive stimulis and involves the biochemical link beetween neurons. The glials cells are involved in the interconnections of the different oro-facial neuronal networks. 48 patients between 5 and 16 yo were selected, all of them diagnosed with atypical swallowing. After 10 weeks of treatment, secondary deglutition was obtained for 80% of the patients including 60% automatization and “a significant decrease in the percentage value of the oral ventilation flow”. Study by Dr Cornut. CONCLUSION. Anoetic rehabilitation with Froggymouth is a non restrictive approach that has shown significant results: improving nasal breathing and swallowing rehabilitation in 10 weeks.

Patrick Fellus created his orthodontic practice in Paris in 1974, specializing in paediatric orthodontics. At the same time, he worked as a consulting practitioner at the Bretonneau hospital, then at the Robert Debré hospital. He studied under the tutorship of Professor Deffez and Professor Delaire to study the causes of etiological deformities. One of the Founders of the International Functional Association (IFUNA) and of the International Paediatric Orthodontic Society (IPOS). In 2010, Dr. Patrick Fellus created the French Society of Paediatric Orthodontics, association law 1901 which aims to raise awareness, inform, and train the medical world and parents on the seriousness of the deformities and health problems created by a lack of normal growth caused by epigenetic factors. During his career, he was an expert at the Court of Appeal of Paris. For his work, he was awarded the Legion of Honor in 2013.