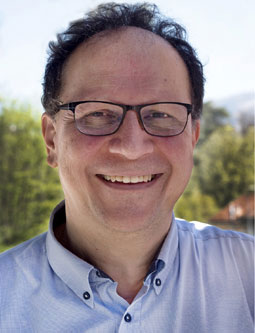 Functional appliance treatment of Class II,1 malocclusion in individuals with weak or strong masticatory muscles. What is the role of the “occlusal friction“?

In a series of studies we tried to elucidate if there is a predictive value in the initial thickness of the masseter muscle or their pretreatment maximal molar bite force level regarding treatment effects with functional appliances.

Our results suggest that muscular forces may influence treatment outcomes. One explanation of why this occurs is because of interarch obstacles. It has been shown that in the presence of interarch obstacles the amount of tooth movement is less. With smaller forces, and less resulting masticatory loading, it might be easier to shift the occlusion because of the lower influence of the interarch obstacle. Another explanation as to why muscular forces may influence treatment outcome is in relation to mandibular alveolar bone density. It has been shown that mandibular alveolar bone is less dense in individuals with weaker masticatory forces. Less dense bone may lead to faster orthodontic tooth movement.

Dr Kiliaridis has authored or co-authored over 200 research papers and several book-chapters, and he is a reviewer for various international scientific journals. He is president of the Network for Erasmus Based European Orthodontic Programmes (NEBEOP) and coordinator of the European Orthodontic Teachers Forum. He has received several distinctions and international awards, and the scientific work performed by his students under his supervision has been internationally awarded on numerous occasions.